Sun at Pisces 13: A SWORD, USED IN MANY BATTLES, IS NOW IN A MUSEUM

The Sabian Symbol for the Sun today is one of realising when to fight and when not to… it can signal realisations of putting too much energy into situations that don’t reward, but just lead to problems or alienation or downright injury…. it can be saying to just stop the battle… just let go… Pisces 13: A SWORD, USED IN MANY BATTLES, IS NOW IN A MUSEUM
This Symbol shows the ability, or the need, to be able to know when to stop battling in life, when to lay down one’s “Sword” and take up a higher position that reflects a more intelligent or spiritual way of being in the world. Sometimes, when reminded of the battles of the past, we are influenced towards actions that ensure peace. We are uplifted by the symbolic memory of past deeds of valor, although the stings of defeat may also be part of the story. You may find yourself faced with the choice of fighting or reasoning which is confused by your lack of training or experience in the ways of “Battle”. Don’t go down with the ship. It helps to lay down one’s ‘sword’ – not in order to surrender, but to stop the ‘warring’
Will power. Martial arts. Putting aside vengeance and revenge. History. Hanging up one’s sword. Trophies from the past. The Spear of Destiny. Retirement. Words as swords.
The Caution: Lack of sensitivity. Pretense of one’s abilities. Falling on one’s sword from defeat. Sexual impotence. Domestic violence. Giving up. Grudges. Wanting to go into “Battle”.

Post Views: 695
Recent Posts
This website is dedicated to sharing the magic of the Sabian Symbols, a unique set of images to chart your destiny based on the zodiac. Join Lynda Hill and a community of spiritual seekers, astrologers and students who tune in to the Symbols every day.
ABOUT
PRODUCTS & SERVICES
INFORMATION
Copyright Lynda Hill © 2019 | All Rights Reserved 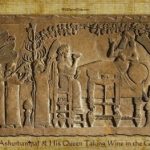 Pluto Digs Around In Our HistoriesLunar Stories by Lynda Hill 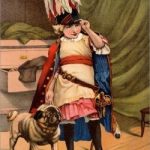